On Friday, the City Council of Los Angeles declared August 31, 2018, as the first Dia del Costarricense celebrated in the City. With an event at the Tom Bradley Hall in the 26th floor of L.A. City Hall, a group of Costa Ricans residing in Los Angeles marked the occasion with food, folkloric dances, patriotic songs, and the acceptance of a plaque signed by Councilmember Gil Cedillo.

August 31 was selected to coincide with the date when, back in 1848, the Republic of Costa Rica was first established. The declaration became a reality thanks to the leadership of Brigit Cordero, with the support of Gustavo Sancho, Costa Rican Consul in Los Angeles.

The declaration was officially presented by Deputy District Director Hugo Ortiz and Field Deputy Luis Gonzalez, both from the Gil Cedillo Office.

The afternoon wrapped up nicely with a sing-along of the “Patriotica Costarricense,” musical presentations by Daril Talbot aka “Costa Man” and urban performer Francisco Jimenez, and an apple cider toast served in flutes decorated with the Costa Rican flag.

Enjoy the pictures below. There’s also a two-minute video of highlights posted “live” to Instagram during the event. 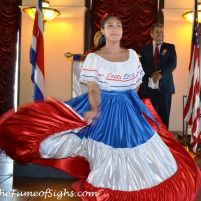 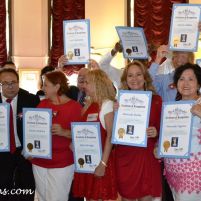 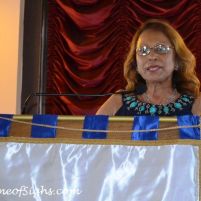 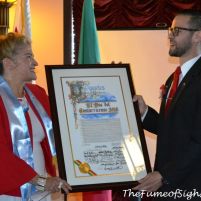 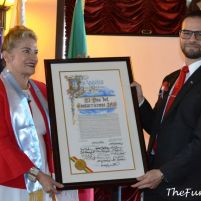 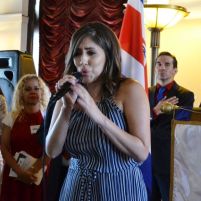 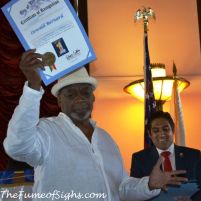 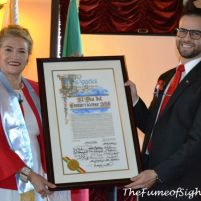 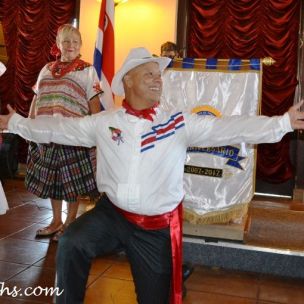 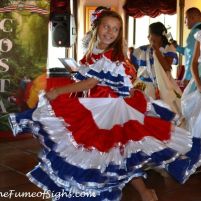 yours truly 🙂 and William Hidalgo

yours truly 🙂 and Darin Talbot